I received my results, but don't get too excited. My results showed (drum roll please)........ NOTHING. See below.

MR ARTHROGRAM OF THE RIGHT HIP

Alignment is anatomic. Bone marrow signal is within normal limits.

There is no evidence of a labral tear. Cartilage is maintained.

No ligamentous abnormalities are detected.

Within the limited sequences obtained, no abnormalities are seen
within the pelvis or remaining soft tissues.

I had my bone scan yesterday. That was easy. The worst part was that I worked until 11:15pm on Sunday night and had to be at NRGH by 7am to get injected with radioisotopes around 7:30. 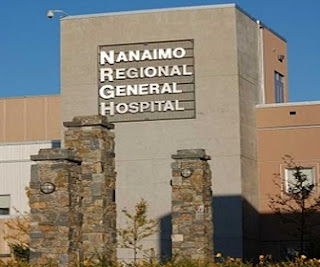 I was then sent home, which I spent at the gym, before returning at 10:15am to get my scan done. The scan took about 30 minutes, in which I had 2 scans just over 4 minutes long each of my lower back and pelvis, then one 360 scan that went all around my pelvis that took about 14 minutes. They played the most boring nature dvd with music that nearly put me to sleep. A quiet machine compared to the MRI.

Oh I should point out when I first went in, they took a scan just after they injected to show blood flow. At first she said, so we are scanning your tibia and fibula region? I was like uhh no. My referral said stress fracture, which they automatically assume is lower leg. Luckily I corrected them. The girl then added on lower back as she said sometimes the pain is referred. Nice that they went the extra step.

My doctor in Vancouver still believes that this bone scan will come back clear. His suggestion is to attend another appointment with him in Vancouver at the Sports Med clinic for a new assessment. At which point, if he still thinks its a sports hernia (which he does) then he will refer me to a surgeon to discuss options. I know of one person who is going through this and has his appointment for June and this is only to DISCUSS surgery. Plus he booked it a few months ago. I can't imagine when I would get in.

So after a 1.5 week wait for MRI results, they were disappointing. That small part of me is holding onto hope that the bone scan shows something, but I am not holding my breath. What will be will be. But in the meantime, I am not going to lie. I am frustrated as can be and have NO idea what to do or which way to go.
Posted by Erin at 9:54 PM No comments:

Sorry for the delay in this post. I have been busy with work and cross training and had been holding off on posting as I was hoping I could add some results at the end; however, that is not the case. So instead I will tell you all about how the tests went.

My adventure started on the 10:30am ferry to Vancouver. It was a gorgeous sunny day and the ferry was full of many Canuck fans. 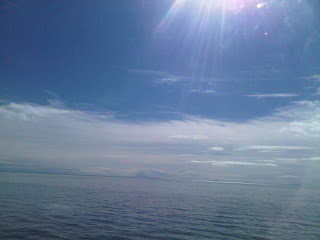 I ran into my someone I knew, Kara and her man Chad, just before the ride ended and they also were heading to the game (lucky buggers). The ferry got in around 12:10pm or so and then I walked as fast as possible to get to the bus stop. By the time I got there, already a line up. Boo. That meant standing for the whole ride from Horseshoe Bay to downtown Vancouver (probably 30-40 minutes maybe). Not to mention I was standing right in the section that connected the front portion and the back portion of the bus (the accordion part as it was a double bus). That made it fun so when the bus turned corners, my upper body went one way from hanging onto the rails and then my feet twisted the opposite way. Real good for the hip of course.

I arrived downtown around 1:10pm (I think) and then headed over to the next bus stop. There I waited for Jason's sister Casey to arrive as she lives in Vancouver and planned to ride the bus with me to UBC as we hadn't seen each other in awhile. In the meantime, I watched 2 of my buses go by, though I did run into another person I knew Rob who has actually relocated to the Philippines and was back for his brother's wedding. Crazy too because not only is he from Nanaimo, but Vancouver is quite big so to run into someone is just weird.

Casey was running late, so I messaged her to say I needed to get the next bus. She said she was a few blocks away and of course my bus came. I debated getting on it, but since she was a few blocks away, I didn't. After it left, I checked the schedule and saw the next 044 would come 20 minutes later at 1:52. Crap! It would take about 30 minutes to get to UBC and my appointment was at 2:30pm. Casey arrived and checked some schedules and figured out another bus to take. We arrivd at UBC and quickly walked over to the hospital, walking into the MRI department at 2:30 on the dot, or maybe 2:31. Not a huge deal though as I ended up sitting around and waiting. 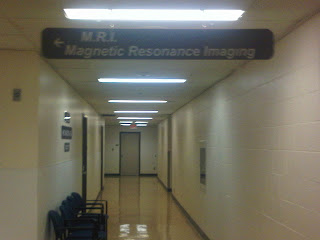 I filled out some paper work, then Casey headed off as she had to work. The lab tech came out and looked at the papers and then directed me to up the X-Ray department. The UBC hospital is confusing though (at least to me). I got lost initially, then asked someone and figured out where to go. I got up there, got changed into a hot hospital gown, robe and pants and then waited. 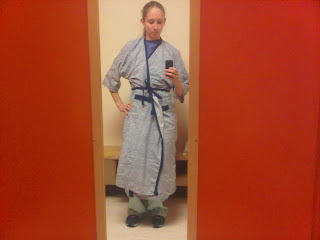 Finally it was my turn. They brought me into the X-Ray room to complete the Arthrogram portion and proceeded to tell me all about the process that was going to happen. I laid down on the table and we begun. First off, they put a few injections of anesthetic into my hip right along the bikini line, level with the pelvic bone. This felt like a few pokes just like regular needles. I was "told" at this time that this would be the worst part, to which I said "I heard the next part is the worst."


Let me just say, I was right and they were wrong. So for the Arthrogram, they basically take a fatter longer needle and by using X-Ray photos, they slowly insert the needle into the joint (in my case the hip) and then once they are in the joint, they inject fluid. Let me just say I felt them go in as soon as it hit my skin. I jumped and the doctor paused, then asked if I needed more anesthetic. I told her to continue and I would see. I felt it a couple of more times, with the occasional jump, but decided it wasn't really pain, it was just a really uncomfortable feeling in the joint. I really wanted to just bend my leg and bring my knee to my chest.


It wasn't long before the needle was right where it needed to be, but by that time I think I was pushing on my shoulder blades and butt to arch my back due to being uncomfortable. She quickly injected the fluid and then I was done. I transferred into an ancient wheel chair and someone took me back downstairs to the MRI department. By now, my quad was numb all the way to my knee. It was definitely a weird feeling, but my hip felt okay due to being numb. 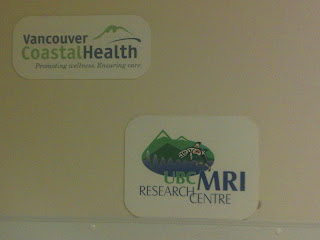 I got on the MRI table and boy did they ever rush through getting me ready. Loaded me up with objects to help take the photos and taped my toes together to keep them in place, put a blanket over me because I was cold and then into the MRI tunnel I went. Oh right, the gave me ear plugs and then put big head phone things over my ears to block out the sound too. I became so relaxed in the machine that I nearly fell asleep, which is hard to believe considering all the loud noises and sounds around me. Next thing I knew, I was done.


I got changed back into my clothes and they sent me up to X-Ray so the doctor could confirm my hip was okay after the injections. Let me just say by this time, my hip was stiff and full of fluid. I could no longer walk properly due to limited range of motion. Basically it felt as though it had to crack but wouldn't. My leg would only go so far back, so I had a bit of a limp.


After checking with X-Ray I headed out the doors just as my sister arrived to drive me back to the ferry. I had planned to just bus it, but they suggested I get a ride so thankfully she was available. I limped my way to the car and then had the longest drive back to the ferries thanks to rush hour traffic. It took forever to get out of downtown! I am very thankful she drove me though, considering it was a lot of time spent sitting in traffic for her. I got to the ferry and limped my way through the terminal. Of course this is one of the days the escalator wasn't working. I never use them usually, but today I wanted to. It turns out my hip felt good going up stairs, but not on flat ground.


I got on the 7pm ferry and headed straight for food as I was starving. I was supposed to walk around, but I honestly didn't do much of that. As I arrived back in Nanaimo around 8:40, I chose to walk off the lower deck as I figured the walk was shorter, flatter (no stairs to go down) and would be with less people as most people use the overhead walkway off the outer deck.

My hip was a bit sore the rest of the night, but felt much better the following day. Just a little soreness which slowly went away as the days passed. Now I am waiting for the results and I should say that I am impatient and want to know what is going on. In the meantime I am back to cross training, though my hip is being a bit of a beotch lately. Fingers crossed I get the results by Friday!


**PS. This is really badly written and I apologize. I am catching up on the Biggest Loser while writing this, so I am only 1/2 paying attention.
Posted by Erin at 9:47 PM 1 comment: