Ode to Being First Loser ;)

Well, I have apparently neglected this blog for a bit and generally when a runner goes silent it means they are injured. I assure you though, that isn't the case. I did not have a physical injury but I suppose one could argue that I had a mental injury. I will go into more detail about that shortly, but first I want to address the recent World Marathon selection seen as how Worlds is coming up in a few short weeks.


For most of the qualification period, I remained in 5th spot with my 2016 Rotterdam performance of 2:37:48 (or 2:37:50 technically by gun). Ahead of me were Lanni, Krista, Rachel and Tarah, all super solid marathon runners. Rumour had it though, that Lanni and Krista would be turning down their worlds slow, leaving the 3 available slots open. I sat in that final 3rd spot all the way up until the final weekend when Dayna ran the Ottawa Marathon. At that point, she finished in 2:36:xx and bumped me back to 6th place. As predicted, Lanni and Krista turned down their slots, selection went to Rachel, Tarah and Dayna and I became the first loser on the outside.


Was there disappointment? Of course there was some. As runners we strive to make National teams so I would have jumped on the chance to head to London this summer but it was not to be. We could play the game of "what if's" meaning "what if I was able to run Rotterdam, what would have happened" but honestly what is the point. "What if's" won't get me on the team. I knew when I pulled out of Rotterdam that I was likely kissing my spot on the team goodbye but pulling out of Rotterdam was the best choice for me at the time. Canada is sending a very solid marathon team to London and I couldn't be happier for Rachel, Tarah and Dayna. They earned their spots fair and share, my time will just simply have to wait. There will be other teams. My dream is just delayed temporarily so stay tuned on that aspect.


Alright, back to the nitty gritty. My last blog stated I was having some health issues that prevented me from training properly. Doctors couldn't find anything wrong. They sent in a scope request for me, to which is booked for March 28th, 2018..... thanks BC Medical but I hope I won't need it by then. Eventually the doctors concluded that I was likely sick from stress. It was my body's reaction to all the stress I was dealing with and producing reflux like symptoms at night.


It all made sense. I had (and still have) some significant stress going on. Financial stress, ex stress, life stress. It all boiled over and took over my health. It's amazing how stress can affect the body. A lot has happened in my life this past year. The ending of my long term relationship, the crazy drama that went along with it (not appropriate for internet discussion), losing my job, losing my shoe/clothing sponsorship (PS shoes are expensive, I am super grateful for being sponsored for so many years as I forgot how much those are), moving twice essentially, disappointing race results, training going downhill. Basically a lot. So much that I began to have signs of depression (though I think I suffered depression like symptoms for well before this). With the help of my doctors and some medication, I began to slowly pull myself out of it. While I still have stress, it's not quite to the same level as before. Months later I am still not fully clear of symptoms and haven't found any rhythm or rhyme as to why they pop up when they do.


Mental illness, like depression, isn't widely talked about. Even "elite" runners are affected. I know my friend and long time competitor Natasha Wodak recently spoke about her battles and I am grateful for the advice she gave me earlier in the year. I too, debated with the decision as to whether maybe I was done with this sport. I had no motivation to get out the door and run and that is not like me. I am normally someone who feels guilty not running, so for me not to care if I ran or not, that was pretty significant. That was the depression talking. I knew deep down that I loved this sport and that I still have goals, but the depression was taking over and causing me to get sick which in turn took a toll on my running. No one likes running when it feels like crap, so no wonder I lost my motivation. If anyone out there is suffering, please feel free to reach out. Reach out to your friends, loved ones, co-workers, doctor or heck, even reach out to me if you want. Don't suffer alone. I am thankful for the support of my family, friends and Warren for helping me through one of the hardest times of my life thus far.


So there you have it, I basically had a mental injury that affected my health and kept me from being the athlete I knew I was capable of this spring. Good thing a year has 4 seasons and 365 days. The first half of 2017 might have gone down the drain but that doesn't mean I can't kick butt in the second half right? 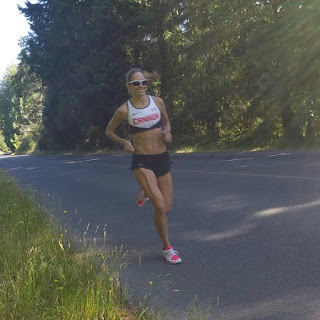 Thankful to this guy for all his support﻿ 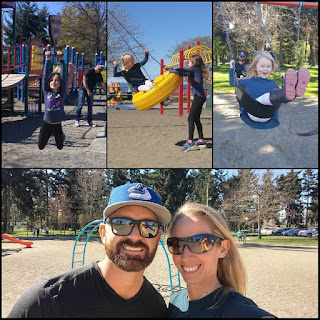 Picked up a new sponsorship with Popeye's Supplements. 10% off if you give my name or use EBURRET10 online. ﻿ 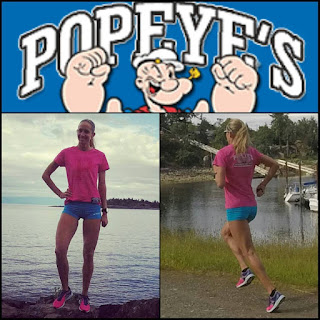 Been working hard in the gym to build a better booty﻿ 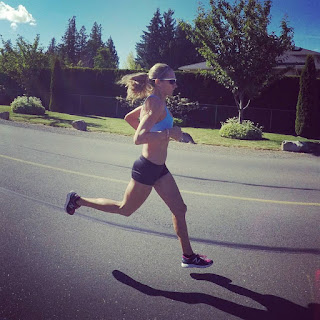 PS. Also a huge shoutout to my sponsors who have stuck by my side during this less than ideal year so far. Stoked Oats, Island Optimal, Nuun Hydration, Knappett Industries and Solo Energy you guys are the best!